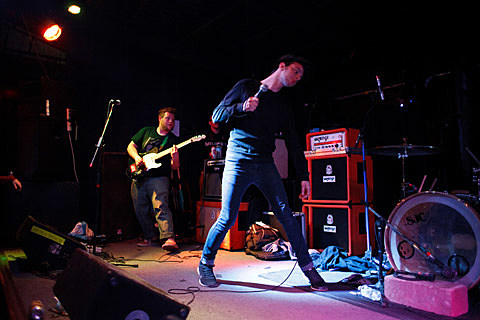 Gainesville, FL's Frameworks will release their great debut LP, Loom, next week via Topshelf Records. You've already heard its knockout title track, and they're now streaming the entire LP ahead of its release. Take a listen to the album at the bottom of this post (via Stereogum).

As discussed, Frameworks' tour with Tiny Moving Parts and Gates will tag Chicago TONIGHT (4/23) for a show at Township. Locals Droughts will get things started at the early, all-ages show, and advance tickets are still available.

Speaking of Tiny Moving Parts, they'll play Subterranean on June 13 as part of a summer tour with Modern Baseball, The Hotelier, and Sorority Noise. Tickets are on sale now. They also just recently inked a deal with Triple Crown Records, who will soon release the J. Robbins-produced followup to their 2013 debut This Couch Is Long and Full of Friendship. Before that happens, they'll be welcoming a split with Old Gray on May 20. One of their contributions, "Fairtrade," just made its premiere via BrooklynVegan. The track is also available to stream below.

Streams of Frameworks' Loom LP and TMP's new track lie after the jump...