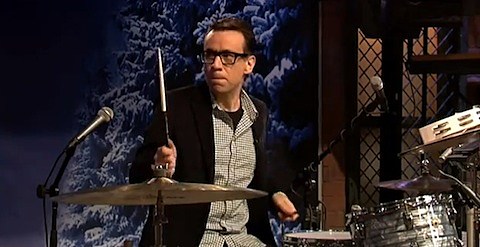 In addition to special guest Common, Jimmy Fallon also had Fred Armisen on the show last night. Armisen was there to promote the upcoming season of Portlandia, which will premiere on IFC this Friday (1/4) at 10PM Eastern / 9PM Central, and also had a drumoff with Questlove. Watch the pair of skin-bashers-- Armisen used to drum for Chicago's Trenchmouth-- go at it below (via Chicagoist)...