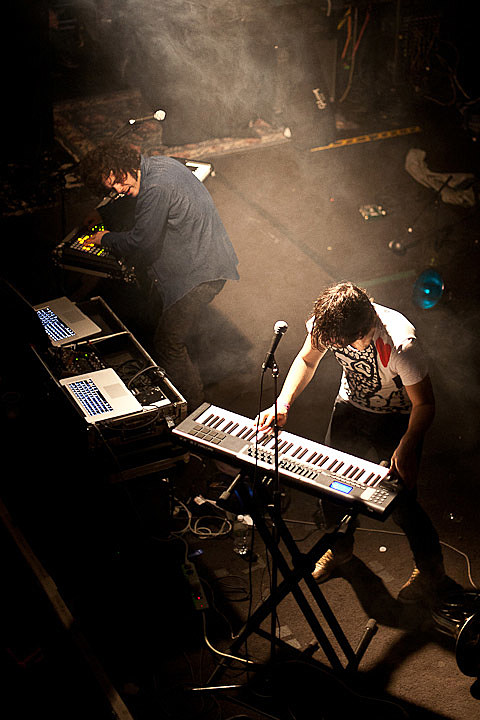 The spazzy electronic duo French Horn Rebellion are about to embark on a large scale US tour supporting Yelle. They recently released their debut LP The Infinite Music of French Horn Rebellion, and have been keeping very busy with a long string of tour dates. I was able to catch their set at The Windish House (ND 501 Studios) during SXSW, and they put on a fantastic show.

Their tour supporting Yelle will make a Chicago stop at the Bottom Lounge on May 6th. Tickets are on sale now.