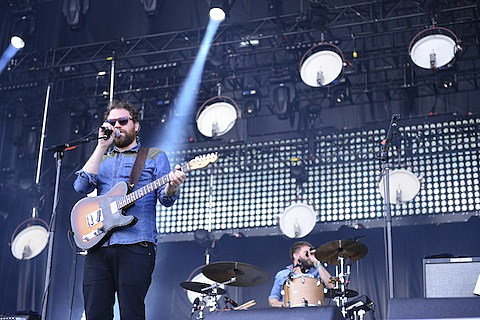 Frightened Rabbit singer Scott Hutchison recently welcomed a solo album under the name Owl John. It doesn't stray from his main project's core sound, but that's not a bad thing in the slightest. LP cuts like "Songs About Roses," "Los Angeles Be Kind," and "Red Hand" are especially reminiscent of the material on Frabbit's The Midnight Organ Fight. You'll find a complete stream of the Owl John LP at the bottom of this post.

Owl John will be embarking on a three-date US tour next month. That jaunt includes a show at the Bottom Lounge on October 15, and advance tickets are on sale now.

All Owl John dates and a stream of the LP lie after the jump...