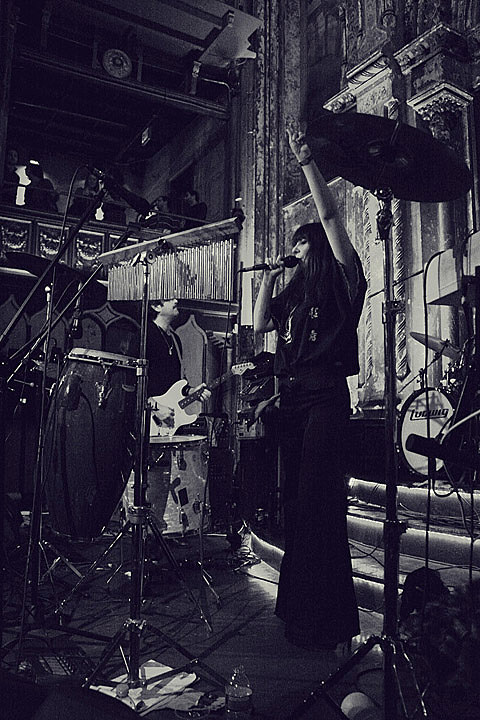 Gang Gang Dance will play the last show of their summer tour tonight in NYC, which is actually a Rocks Off Concert Cruise. From tomorrow until late-September, the group will take some time off before heading out on a fall North American tour.

That tour kicks off on September 23rd, at the Midpoint Music Festival in Cincinnati, OH. One day later, they'll venture to Champaign-Urbana, IL for the Pygmalion Music Festival.

Gang Gang Dance will return to Chicago (for the first time since the Pitchfork Festival) on October 20th to play Lincoln Hall. Tickets have not been posted as of yet.

Check out their full tour schedule, and more here.