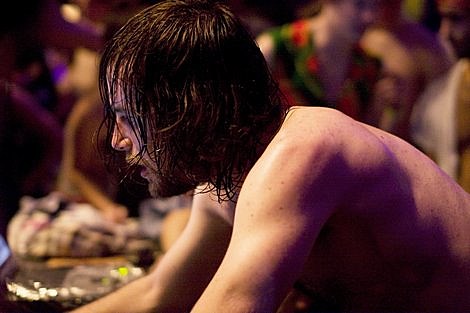 Earlier in the year, when Girl Talk embarked on an initial tour in support of All Day, Pitchfork TV brought Gregg Gillis and Dipset's Jim Jones together in Jones' Nomad District Studio in New York for a special edition of their "Selector" series. Jones was so thrilled with the track "Believe In Magic" they created, that he took things one step further and invited R&B vocalist Lloyd to contribute.

You can stream/download "Believe In Magic" at the top of this post.

Next week, Girl Talk will kick off a summer tour once again in support of All Day. He'll be back in Chicago for both Summer Camp at the end of this month, and Lollapalooza in August.