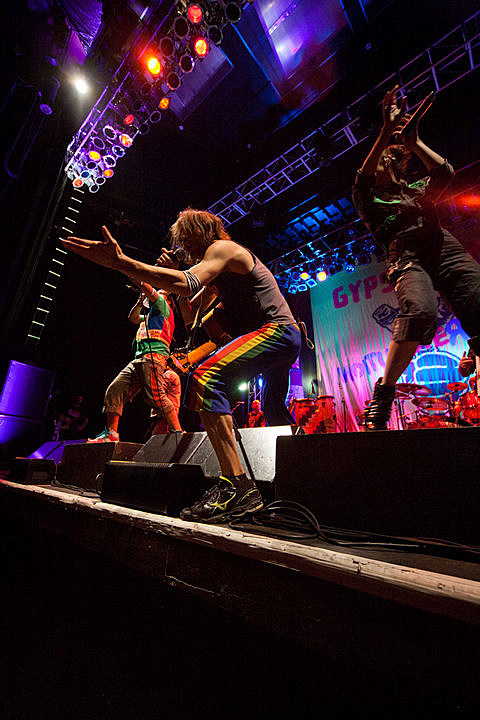 Gogol Bordello are slated to release their seventh studio album, Pura Vida Conspiracy, on July 23 via ATO Records/Casa Gogol. The LP was recorded at El Paso, TX's Sonic Ranch Studios by Andrew Scheps, who engineered and mixed 2010's Trans-Continental Hustle. If you're into the recent albums, this one will also be right up your alley. Get a feel for Pure Vida Conspiracy but checking out singles "Malandrino" and "Lost Innocent World" at the bottom of this post.

Eugene Hütz and co. are currently traveling throughout Europe, and will be embarking on the North American leg of their tour later this month. That tour includes a performance at the Congress Theater on August 17. Advance tickets for the Chicago show are on sale now.

UPDATE: This show has now been moved to the brand new Concord Music Hall. All tickets will be honored.

All Gogol Bordello dates and those song streams are below...