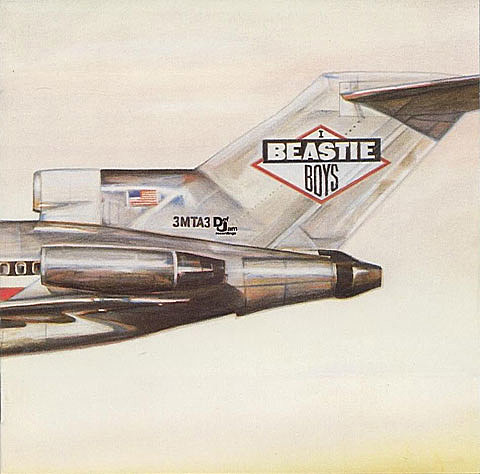 It is the winter of 1986. I am 9 years old and spending the night at my buddy Eric's house on Charge Pond Road in Wareham, Massachusetts. I like Eric's house. There's nothing around it but woods to explore, he has a tree fort and a dirt bike, and for breakfast I can eat sugary cereal, toaster strudels, and Pepsi; fare strictly verboten in the puritanical confines of my own house on Gibbs Ave. My musical identity is mere peach-fuzz on the yam bag of my life. I know I like Bon Jovi and Motley Crue. I know I am intrigued by darker bands like Metallica and Slayer. And even though it has absolutely nothing to do with music, I know there is no deeper emotion on the planet than my love for Alyssa Milano. I am a disciple of MTV, as is Eric. We are about to go to the North Dartmouth mall and check out Woolworth's tape section. Eric has become a huge fan of these white dudes on MTV who look very 'urban', sing about partying, and probably smoke cigarettes. I am mortified. We arrive at Woolworth's and though my pockets are full of cobwebs and tumbleweed, Eric inexplicably has enough money for two tapes. With the coolness of a seasoned gunslinger, he purchases Too Fast For Love by Mötley Crüe and Licensed to Ill by the Beastie Boys. After a quick stop into Ann & Hope where we acquire some Bonkers and other enamel destroying treats, we are soon back in Eric's room on Charge Pond Road listening to Licensed to Ill. We listen to sides A and B once. And then again. And again. And again. And again. Eventually the tail end of Side B chaperones us off to the land of nod.

That simple purchase was one of the most pivotal moments in my musical awakening and it played a huge role in navigating me towards my present day musical likes and dislikes. As a nine year old, a lot of the lyrical content went over my head; I didn't even know what the hell a 'porno mag' was. I didn't know who Ali Baba was, but I remember clearly 5 or 6 of us in the 6th grade lunch room yelling "Ali Baba and the 40 Thieves!" And the music got us PUMPED up, energized. A lot of their lyrics were funny, hammy, and all in good fun. And the beats and musical choices blew my mind. No two songs sounded the same, and the record proved to be a wonderful antidote to the other stuff we were listening to like Stryper and Bon Jovi. Licensed to Ill propelled a lot of my peers into the hip hop scene, but for me Licensed to Ill was an important part of my evolution to metal head, hardcore kid, skinhead, and whatever I am today. Every single record they put out was FUCKING. AWESOME. ALWAYS. For me their use of sampling was flawless, and as BBG pointed out, the fact that they could actually play musical instruments properly and do it live simply pushed them onto a plateau so much higher than other hip hop or pop acts.

Since I was 9, Adam Yauch was always my favorite, and this favoritism was initially based on his looks and his voice. He had a much more relate-able look than the other two. His jeans, sneakers, leather jacket, scruffy facial hair, and puffy eyes reminded me of the bad kids in high school who smoked and drank in the woods. These are the people I thought were cool. I also preferred the gruff sound of his voice. Back in 2009 when I first became aware of his cancer, I naively brushed the whole idea of it having fatal results right the fuck into the garbage. I immediately thought "he's young, he's got the money for the best treatment out there, he leads a pretty healthy lifestyle, and his spirituality will be helpful in the battle with cancer." I reasoned that, sure, fine, the Beasties will take it easy for a while, but they'll be back. This is just a pain in the ass set-back. I had no idea that it was so bad, that it got much worse, and that I'd be writing this rambling article upon hearing the news of his death. Yauch and co. were almost single-handedly responsible for my love of music and were for sure the first ones to show me just how diverse an act could be. His death is one of the most shocking and unexpected losses to music in recent memory and I hope all of his fans, friends, and family stay strong and never forget what he and his mates gave to the world.

Read the official statement on the untimely passing of Adam Yauch, HERE.