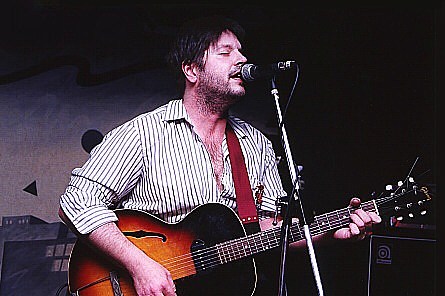 Attention Hüsker Dü fans, Grant Hart is playing a pair of Chicago shows this week. The first of two is TONIGHT (Monday, 9/9) at Danny's with Chris Connelly; there isn't a cover. Hart will also play an in-store at Reckless Records' Wicker Park shop on Tuesday at 5PM. The former Hüsker Dü drummer // songwriter recently released an excellent concept album, called The Argument, based on John Milton's Paradise Lost. With both Hart and Bob Mould so close to one another (Mould plays Riot Fest this weekend) it's a shame we won't see the guys performing on the same stage. But with the amount of reunions in the past few years, fans can still dream right?

Stream the new album and some of Hart's Hüsker Dü classics below...