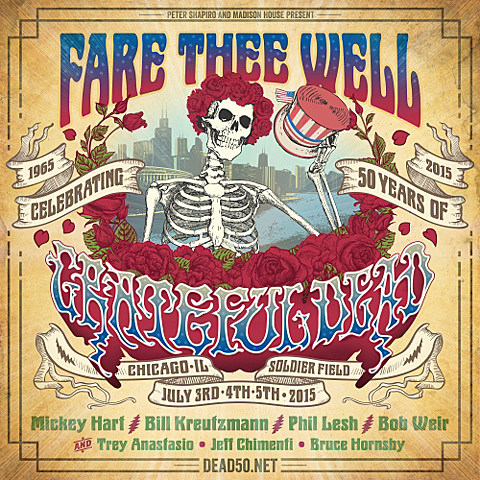 It's probably no surprise that anticipation is high for the Grateful Dead reunion shows at Soldier Field (July 3-5) but when they offered the first chance at tickets via the United States Postal Service, they received over 60,000 envelopes with 350,000 ticket requests. Because of that, the presale on Ticketmaster has been canceled and tickets will now go on sale two weeks later than originally announced: February 28 at 10 AM.