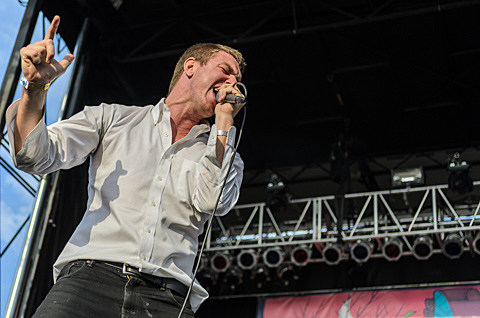 As discussed, The Walkmen's Hamilton Leithauser is gearing up for the release of his new solo album, Black Hours. The LP was initially due to hit stores on May 6 via Ribbon Music, but has now been pushed back to June 3. Due to the change, Hamilton has also made adjustments to his 2014 tour schedule. He'll no longer play Park West on May 13, and will instead be opening up for Ray LaMontagne at the FirstMerit Bank Pavilion at Northerly Island on June 27. Tickets are on sale now. An updated list of tour dates can be found at the bottom of this post.

Hamilton has also shared a music video for Black Hours' "11 O'Clock Friday Night," which features vocals from Dirty Projectors member Amber Coffman. You can check out the clip, alongside Hamilton's updated tour schedule, below...