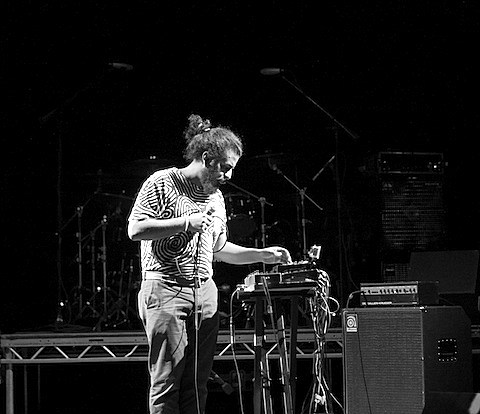 Warped pop artist Helado Negro (aka Roberto Carlos Lange) is set to welcome his new album, Invisible Life, on March 5 via Asthmatic Kitty. Lange sings in both Spanish and English on the LP, and you can grab his new tunes "Junes" (Spanish) and "Dance Ghost" (English) above. Those tracks are also available to stream at the bottom of this post. Invisible Life is up for CD/LP preorder via Asthmatic Kitty's webstore.

Lange will be supporting Invisible Life with a brief U.S. tour to South by Southwest in March. That tour includes a performance at the Empty Bottle on March 6 with Songs for Gods. Advance tickets for the Chicago show are on sale now.

All Helado Negro tour dates, a couple of song streams, and Invisible Life's tracklisting are below...