How To Dress Well @ Pitchfork Festival 2011 (more by Dominick Mastrangelo) 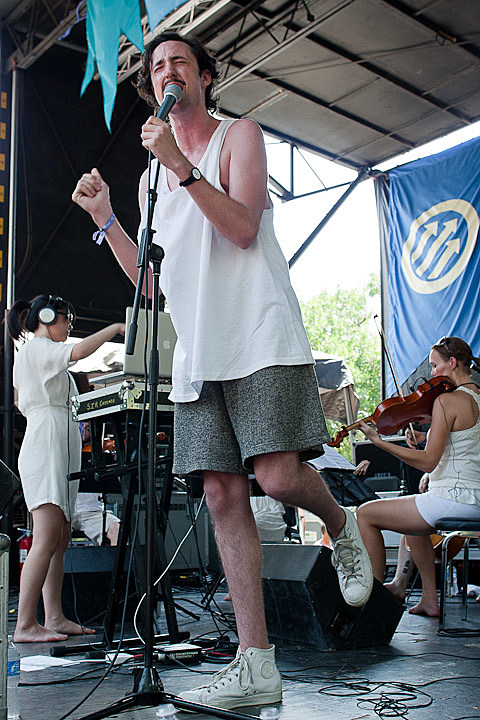 Chicago-based R&B artist How To Dress Well (aka Tom Krell) has had a big year. 2011 saw the release of his latest; an orchestral EP titled Just Once which was dedicated to a friend who had passed away in 2010. Not even a week after Love Letters Ink released the EP, he performed it with a string section and keyboardist/drummer at the Pitchfork Music Festival. How To Dress Well was also featured on Active Child's incredibly catchy single "Playing House," which was also remixed by Chad Valley.

Touring a bit throughout the year, most recently in Australia and Japan, Krell only played a handful of Chicago shows (including one with Panda Bear). When searching through The Whistler's site the other day, I noticed that How To Dress Well is booked for a January 30th DJ Set! As we've pointed out many times, shows at The Whistler are always free. Maybe he'll debut some new material in his mix.

Some song streams, and videos, below..