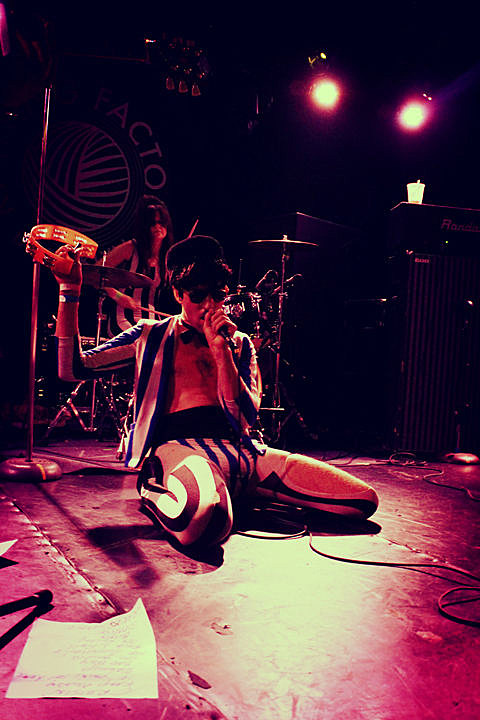 Hunx (aka Seth Bogart), who released his first solo album Hairdresser Blues in February via Hardly Art, plays the Double Door tonight with His Punx and Heavy Cream, The Artist Formally Known As Vince, Absolutely Not. Tickets are still available.

The L.A. Record recently sat down with the wild and crazy Hunx, to talk Hairdresser Blues and so much more..

Have you ever had a roommate who didn't even know about the whole Hunx thing, and was just standing there frozen as you like put a wig on the refrigerator?
I'm currently living with this Australian guy and I keep forgetting he's here and wandering around naked. I think I horrify him.
Aren't there people who'd pay to have you wander around naked?
Send 'em my way cuz I'm broke as fuck.
Didn't you have a show where people were fighting to drink your piss from a cup?
Yeah ... well, piss from a beer bottle, but yeah.
Where do you go from there? Once people want to drink your piss?
Where do you go? Downhill, obviously! Let's be honest here.

Hopefully he saves some of his famous antics for Chicago tonight (minus the piss bottle).

Not only will Hunx headline the Double Door, but he's also been appointed host for CULT at Berlin. Beni, Zebo, Teen Witch Fan Club, and Baby Bamboo perform.

Video for the Hairdresser Blues track "Always Forever" and CULT flyer, below.. 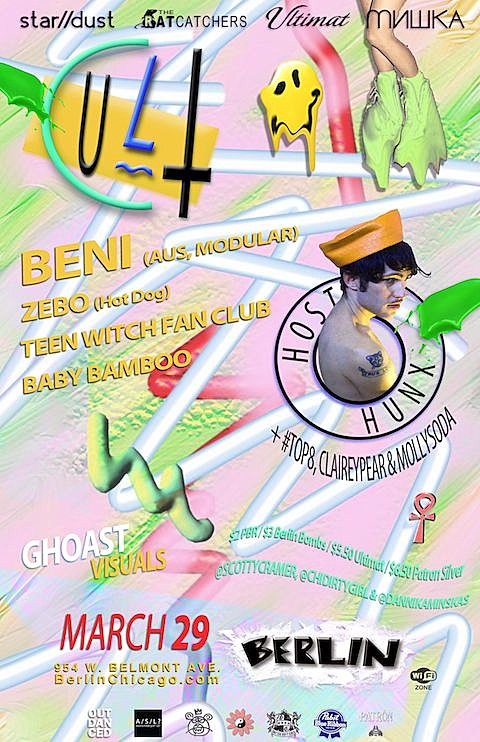