Indians @ Lincoln Hall this past weekend (more by Zach Pollack) 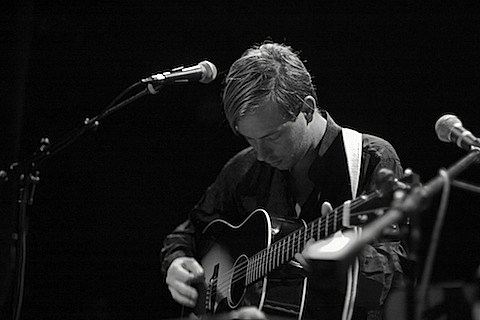 Indians (the project of Copenhagen's Søren Løkke Juul) just polished off a North American tour with Other Lives this past weekend. At the final show of that tour, Søren promised that he'll be back in Chicago very soon. He's just added a performance at the Empty Bottle on March 2 to his 2013 North American tour with Night Beds. Tickets for that show go on sale this Wednesday (12/12) at 10AM CST.

All known Indians tour dates are listed below...