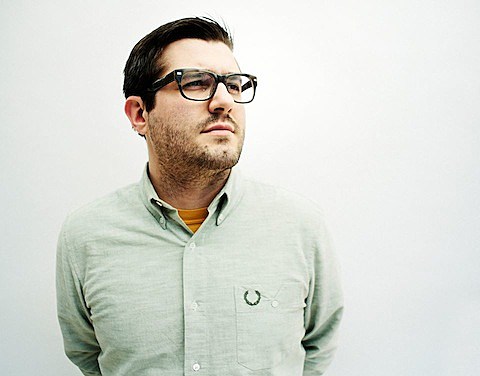 Into It. Over It. main man Evan Weiss got his start playing in bands like The Progress, Up Up Down Down Left Right Left Right B A Start, Stay Ahead Of The Weather, and many others. Last month, he welcomed his second full-length as IIOI, called Intersections, via Triple Crown. It was recorded by Brian Deck (Modest Mouse, Califone, Iron & Wine, Owen) at Soma Electronic Music Studios, and serves as a solid follow-up to 2011's Proper. The album is helmed by bouncy single "Spinning Thread" and you can take a listen to the entire thing at the bottom of this post.

Before embarking on tours of Japan and Europe, Weiss will play a hometown show at Schubas this Friday (10/25) with support from great openers Dave Davison (Maps & Atlases) and Cloakroom (who we told you about earlier this year and suggested that you catch at CMJ). Advance tickets are still available.

Meanwhile, Weiss' other band--Their / They're / There with Owen and Matthew Frank--are gearing up for the release of their second EP, Analog Weekend, which is due out on December 10 via Polyvinyl // Topshelf. Get a feel for it by sampling "New Blood" below. T / T / T will play a record release show for Analog Weekend at Schubas on December 15 with Mansions. Advance tickets for the Chicago show are on sale now.

All IIOI & T / T / T dates and streams of Intersections and "New Blood" lie after the jump...