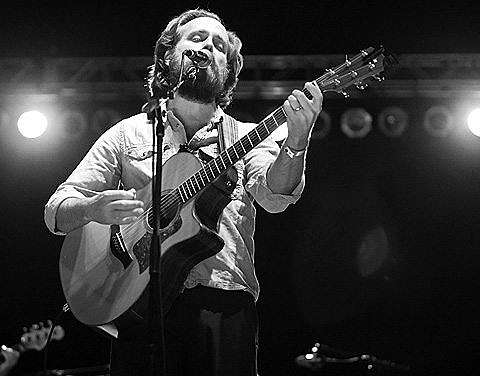 Iron & Wine (aka the project of singer-songwriter Sam Beam) have had another busy year following the release of Ghost on Ghost. Beam will ease into 2014 with just a handful of shows on his docket, including an intimate solo show at the Old Town School of Folk Music on February 1. Tickets go on sale today (12/13) at 9AM CST, and the purchase of one includes a concert poster and digital download from the evening's performance.

Sam Beam just recently stopped by Late Night with Jimmy Fallon to perform The Pogues' holiday classic "Fairytale of New York" with members of Calexico, Glen Hansard, and Kathleen Edwards. You can check out the footage, alongside Iron & Wine's current tour schedule, after the jump...