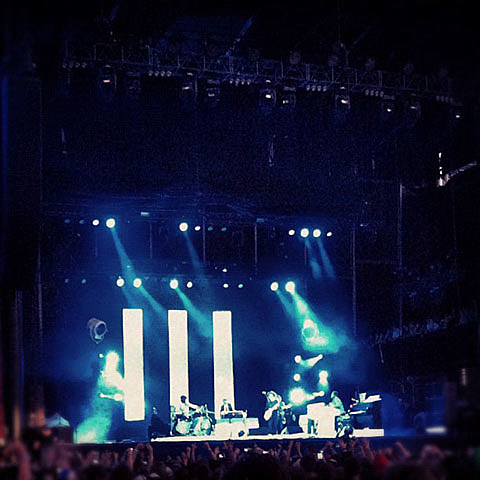 In giving time to both his all-male and all-female backing bands (the latter tagged in about halfway through the set), White tapped into the dynamism that fueled his recent solo effort Blunderbuss and also reinvented some of his old classics as entirely new species (see the finger-pluckin' hoedown version of the White Stripes standard "Hotel Yorba" for just one example).

Though the men, Los Buzzardos, do possess an undeniable technical mastery, White was best served by the ladies, dubbed the Peacocks, on Sunday night, especially when singer Ruby Amanfu traded barbs with White on "Ball and Biscuit." "Love Interruption" has also evolved from the quiet-storm version on Blunderbuss into a more visceral, dangerous-feeling grind. As he tends to do, White closed out his show with the White Stripes' signature tune "Seven Nation Army," which allowed all those left in still-swampy Grant Park to sing along with that notorious descending bassline. [EW]

Check out his full setlist below...