James Murphy on the S.S. Coachella (more by Greg Cristman) 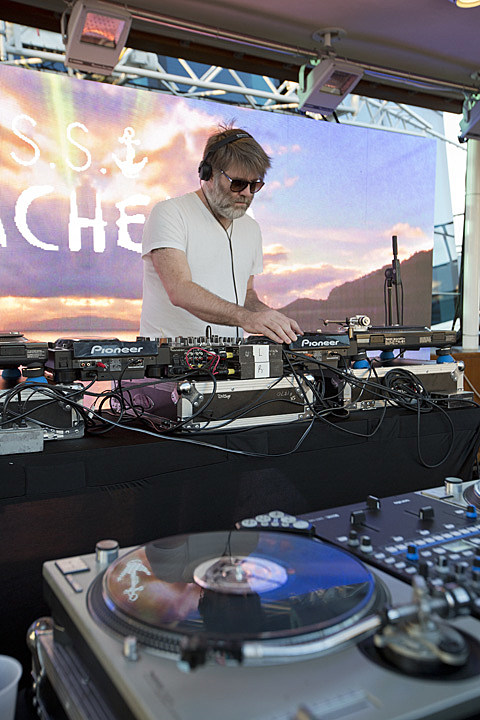 Fresh off of DJ sets on the S.S. Cochella, DFA head honco James Murphy has announced that he'll be heading to Chicago to DJ at The Mid on January 25. Redux DJs, Tim Zawada, and Mike Petrack & Aran Daniels will act as main support, and advance tickets are on sale now.

Speaking of DFA, label signees Factory Floor have shared the lead single from their forthcoming debut LP. It's called "Fall Back" and will also be released as a 12" with three-synth loops on the B-side. Preorder the 12" via DFA, and take a listen to "Fall Back" at the bottom of this post.

A couple videos of James Murphy spinning and a stream of Factory Floor's new single are below...