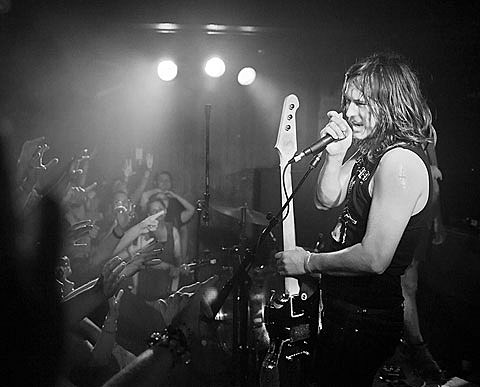 Nashville-based road warriors JEFF the Brotherhood are bad at taking it easy (and that's a good thing). They've been touring hard since their latest album, Hypnotic Nights, hit stores back in July via Warner Brothers. The sibling duo only have a handful of upcoming shows, one of which is a performance at Subterranean on April 3. Tickets for the Chicago show go on sale this Saturday (2/09) at 10AM CST.

All known JEFF the Brotherhood tour dates and some videos are below...

JEFF the Brotherhood - "Leave Me Out" (Official Video)