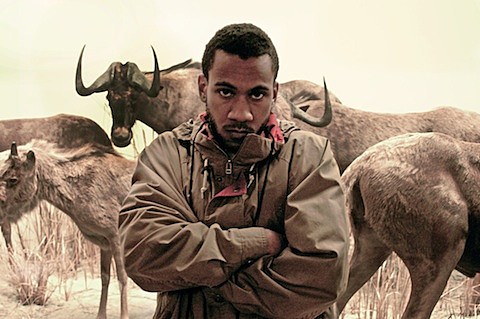 Chicago rapper // producer Jeremiah Jae is gearing up for the release of his new mixtape, Good Times, which is due out later this year via Warp Records. It follows his Warp debut Bad Jokes, and you can take a listen to "Survival" and the just-released "Mountain Rise" at the bottom of this post. "Survival" features a verse from fellow Chicagoan Oliver the 2nd, who also produced "Mountain Rise" and appears on Bad Jokes.

Jeremiah has a European tour coming up, but will be playing a couple of US shows ahead of it. He'll do NYC tonight (4/2), and a hometown show at Schubas on April 8 with Rone. Advance tickets are still available.

All Jeremiah Jae dates and those song streams lie after the jump...