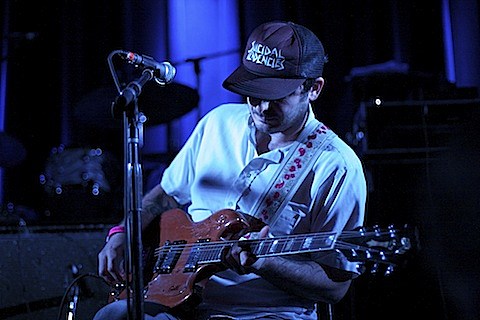 Tim Kinsella's Joan of Arc are slated to play Township on Halloween (October 31), with support from The English Softhearts and Blasted Diplomats. Advance tickets are on sale now. As of this post, the Halloween show is the group's only upcoming performance.

JoA member Bobby Burg is currently on tour with his project Love of Everything. That tour ends in Chicago on September 17, with a free show at the Empty Bottle. Helvetia, Earthquake Party!, and New Rose Alliance are also on the bill, and there's no RSVP needed.

As mentioned, Tim will be going on a solo living room tour in October and November. He won't be playing Chicago, but still needs help securing places to play in a couple of cities. Details on his living room tour can be found HERE.

JoA-related band Owls, who we told you are rehearsing again for the first time since their break-up in 2002, are currently recording their new album. Their one and only LP, Owls, came out in the summer of 2001 via Jade Tree. Stay tuned for more information.

A couple of JoA videos are below...