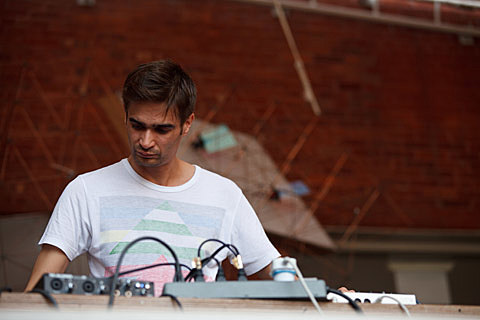 As seen on BrooklynVegan, excellent UK-based IDM artists Jon Hopkins and Clark will be embarking on a fall tour together. That tour hasn't been announced in full, but includes opening sets from fellow UK producer Nathan Fake. Look for the three acts to tag Lincoln Hall on November 23. Tickets for the Chicago show go on sale this Friday (9/20) at noon CST. All known dates are listed at the bottom of this post.

Fake makes an appearance on Clark's brand new double-remix-album, Feast / Beast, by tackling the Totems Flare number "Growls Garden." Clark returns the favor by remixing "Fentiger" from Fake's 2009 LP Hard Islands. You can take a listen to both re-versions after the jump.

All known Jon Hopkins dates, including those with Clark and Nathan Fake, and streams of the remixes are below...