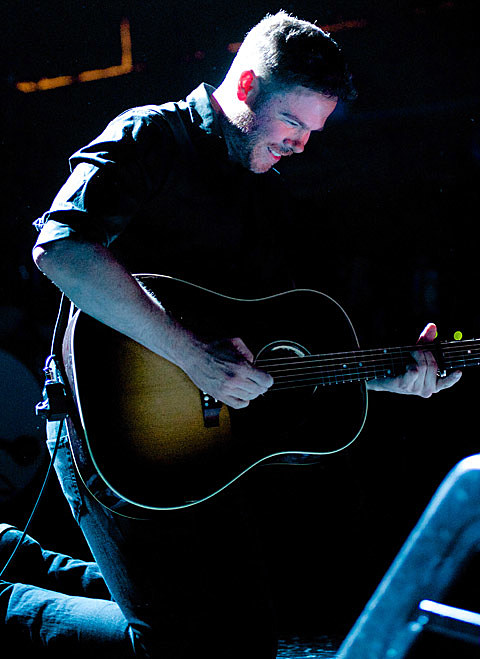 Josh Ritter recently tagged Chicago for a two-night stand at the Fourth Presbyterian Church, and he's now announced that he'll be returning for a pair of solo shows at City Winery Chicago on April 21 & 23. Tickets for both nights go on sale to the general public this Friday (3/28) at noon CST.

Ritter will be using the Chicago shows to try out some brand new material. He says:

"About four months ago I was hit by a song on the New York Thruway. The whole thing. Verses, bridge, a witty one-liner or two. Nothing like that had ever happened with such force. It was the first raindrop in a thunderstorm that I'm thankful continues unabated. I thought these nights at City Winery might be a good chance to try some of them out. This is very rare for me. I don't normally go in for showing songs before they're fully done, but what the Hell, you only live once."

All Josh Ritter dates and a couple of videos lie after the jump...