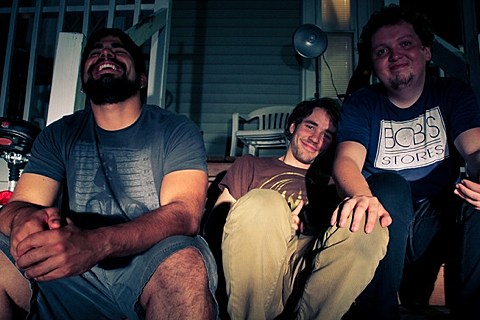 Kal Marks's Life Is Murder is one of the more refreshing albums I've heard so far this year. The Boston band began as the solo project of the uniquely-voiced Carl Shane and are now a trio. On Life Is Murder, the three-piece flip flop from rich and scuzzy indie rock to some really pretty sections. When those pretty sections do arise, Shane makes sure transition back to fuzzy riffs with choice lines likes "your feelings always hurt / feelings, fucking feelings" and "one day the sky will open / and on that day I'll be happy." Life Is Murder doesn't hit stores until September 17 via Exploding In Sound/Sophomore Lounge/Midnight Werewolf, but you can take a listen to the LP in its entirety at the bottom of this post.

Shane and co. will be heading out on a fall U.S. tour later this month in support of their new album. That tour includes a pair of Chicago shows: Wally World on September 30 with Tom Blacklung and a stacked-as-hell gig at The Observatory on October 4 with Geronimo!, The New Diet, Meat Wave, and My Dad. More information on those shows is forthcoming.

All known Kal Marks dates and a stream of Life Is Murder lie after the jump...