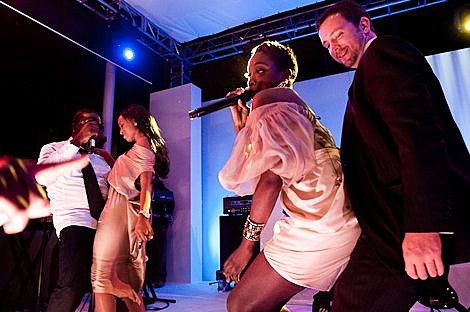 As seen on BrooklynVegan, Kanye West went "H.A.M" on twitter last night, according to Questlove. He spoke about the government, the credentials of his resumé, education, and much much more.

In not-related, but loosely-related news, Estelle (who Kanye did "American Boy" with) is set to play the Double Door on February 3rd. Tickets are on sale now.