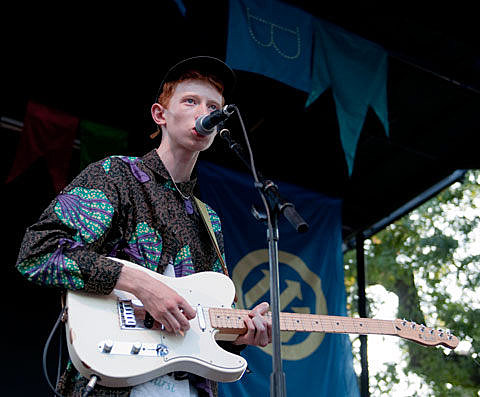 Young British songwriter King Krule (aka Archy Marshall) welcomed his debut LP, 6 Feet Beneath The Moon (Spotify, Rdio), in late-August via True Panther/XL. If jangly, deep-voiced British rock is your jam, Marshall does it quite well. Check out the music video for 6 Feet...'s "Easy Easy" at the bottom of this post.

King Krule will be embarking on a winter North American tour in support of his debut LP. That tour includes a performance at Lincoln Hall on December 11. Advance tickets for the Chicago show are on sale now.

All King Krule dates and his video for "Easy Easy" are below...