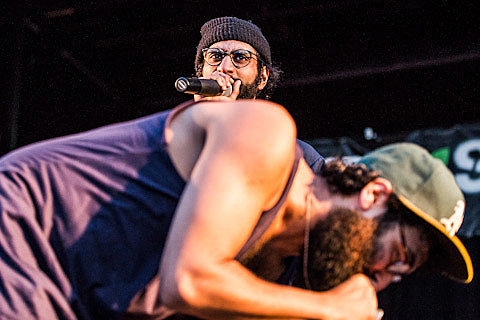 As just mentioned on BrooklynVegan, Das Racist's Kool A.D. has expanded his tour with Fat Tony and it now includes a Chicago show at Reggie's on August 12 with local crew BBU. Tray & Puzzle and Stacks are also on the bill for the all ages day show, which begins at 3 PM, and is a Tamms Year Ten benefit show. Tickets for the show are on sale now, and 100% of proceeds will be donated to Tamms.

In celebration of the tour, Kool A.D. released a free style over Kanye's "New God Flow" called "Exotische Kunst" which you can download above. All tour dates are listed below.