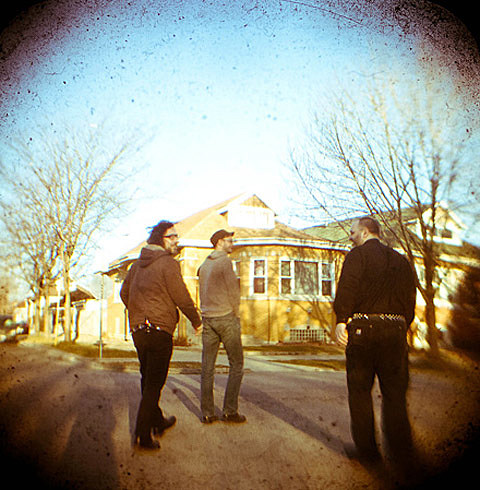 Kwaidan will headline a show at the Empty Bottle TONIGHT (3/26). Kwaidan is a new project that features the talents of Mike Weis (Zelienople), Andre Foisy (Locrian), and Neil Jendon on drums, guitar and synth respectively. The 100% FREE show will also feature a stellar lineup of local favorites including appearances from Winters In Osaka (who have a new split with Fossils), Trevor de Brauw (of Pelican/Chord), and Dead Dragon Mountain (9:30 start time). Kwaidan recently released a new cassette via Accidental Recordings and you can stream a snippet of that below.

In related news, Locrian recently signed on to do a new LP with Relapse Records. The label will also release The Clearing in a two-disc deluxe version with bonus material as The Clearing/The Final Epoch. Locrian and Mamiffer recently teamed for a collaborative LP, and Eugene Robinson of Oxbow interviewed the bands about it.

Stream that Kwaidan material below.