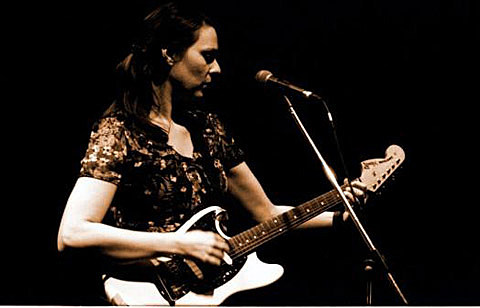 French musician Laetitia Sadier (of Stereolab, Monade), toting a 2010 solo record titled The Trip and a wealth of material from her other bands, will kick off a string of US dates supporting Beirut tonight (9/21), at NYC's Terminal 5. That tour will hit our own Congress Theater on Monday (9/26).

The night before, Sadier will play one of two intimate solo shows on the whole tour at Abbey Pub with Sam Prekop (The Sea & Cake), Redgrave, and Vapor Eyes. Tickets are available.

Head below to view all of Sadier's 2011 tour dates.