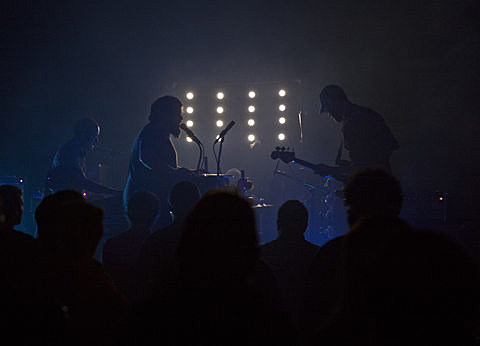 Lasers and Fast and Shit have an incredibly appropriate name. Well, as far as "lasers" go they're no Ghostland Observatory, but the Chicago crew definitely have the lights and fog on lock. You've currently got two chances to experience LaFaS' lights and fog for yourself this winter. They'll play the Empty Bottle on December 19 with Tight Phantomz, Shapers, and Nones. Advance tickets for that show are on sale now. They'll also play DIY spot Animal Kingdom on January 10 with support from Roomrunner, Speedy Ortiz, and My Dad. There isn't a set admission fee, but Animal Kingdom are asking that attendees be decent and provide a $5 - 10 donation for touring bands. It'll be an early weekday show, but a good one nonetheless.

Take a listen to Lasers and Fast and Shit's most recent effort, Second: Cat Fight, in its entirety below...