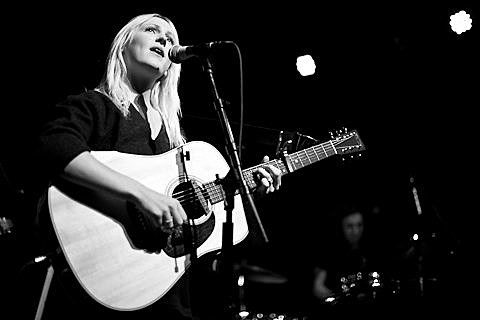 Laura Marling has added a few more dates to her previously announced, summer North American tour. One of these newly added performances, is a headlining show at the Athenaeum Theater on June 19 (where Jeff Mangum recently played two nights). Presale tickets for the Chicago show will be available via her website, starting TODAY (March 5) at 11AM CST. Tickets go on sale to the general public on March 16 via a TBA ticket source (stay tuned).

All 2012 tour dates and a video of her playing a new song titled "I Was An Eagle" at Lincoln Hall in September, below..