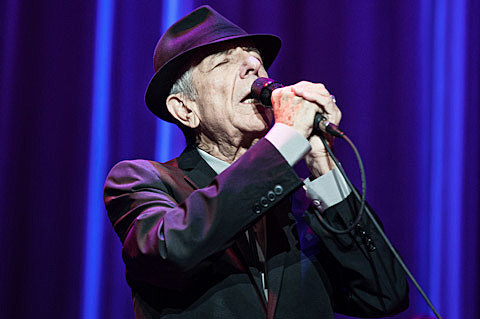 As mentioned on BrooklynVegan, Leonard Cohen, who toured through the Chicago area in 2012 for a show at Rosemont's Akoo Theatre, will be returning on his 2013 tour and this time it'll actually hit Chicago when he comes to Chicago Theatre on March 13. Tickets for that show go on sale Friday, January 18 at 10 AM with an AmEx presale and Chase Cardmember preferred seating starting Wednesday, January 16 at 10 AM and an internet presale starting Thursday, January 17 at 10 AM.