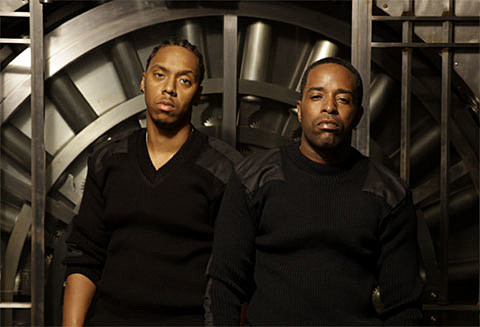 In a recent interview with Tony Sculfield and The Morning Riot and Fake Shore Drive's Drew Barber, the L.E.P. Bogus Boys explained that police felt that some of the group's lyrics contain violent imagery that it would be dangerous for them to perform at Chicago's House of Blues. They added that while they understand that crime is a major problem in Chi-Town, it is poverty that causes it, not music.

"We received an email from Don C, [West's] manager [who] was promoting the show at the House of Blues, saying that Chicago Police are shutting L.E.P. down," they explained. "[The] circumstances are not known, 'cus we've performed already three times at the House of Blues, no violence, not trouble...they said that due to the violence that's happening around [and] the type of music that we make [we can't perform]."

They added, "The situation that's going on in Chicago is not about music. If you're going to target music, you might as well target television. It's poverty; there's no jobs, there's no eating. You have to contribute that to the violence. It has nothing to do with the music or what have you...right now, I guess we're going to have to protest and actually go into the city of Chicago and explain to people...we're doing music, we're not promoting violence."

Not cool. Listen to the interview below...