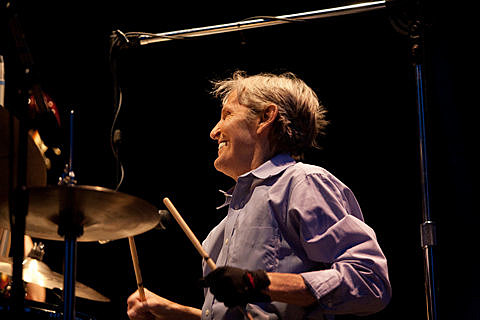 Former The Band drummer Levon Helm, who's recovering from a medical procedure, took home a Grammy for Best Americana Album, with his record Ramble at the Ryman. The now three-time Grammy winner and his band will hit the road in early-March for a short string of North American dates.

Chicago will receive a two-night stand, when the group arrive at The Old Town School of Folk on March 16 & 17, serving as the venue's annual Blue Jean Gala. Emmylou Harris, who Helm played Summerstage with, headlined the benefit in 2011. Night one will feature special guests Donald Fagen (of Steely Dan) and Paul Barrere, Fred Tackett (of Little Feat). Fagen also opens night two, joined by Shawn Mullins. Advance tickets for both Night One and Two are available.