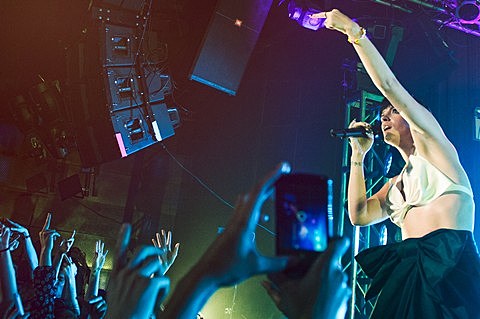 Cross-pond pop princess Lily Allen is spending much of the summer touring here in America, both supporting Miley Cyrus and on her own. She's got a headlining show here in Chicago on September 30 at Riviera Theatre. Tickets for that show are on sale now. Full tour schedule and more at BrooklynVegan.

Speaking of Miley, she stars in a new bit of Flaming Lips video weirdness title "Blonde SuperFreak Steals the Magic Brain." Not so much a song a five minute trip, Cyrus' scenes were filmed when she was in the hospital earlier this year for an allergic reaction to an antibiotic. Like a lot of Flaming Lips videos there is nudity, blood and Santa Claus. Watch it (via Rolling Stone) below...