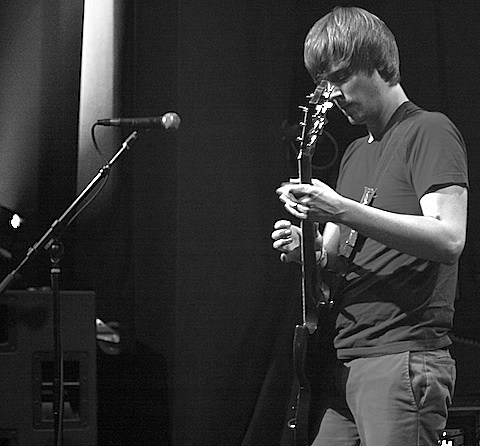 As mentioned, experimental music festival Neon Marshmallow kicks off its four-night run at The Burlington tonight (Thursday, November 15). Tonight's show will be headlined by Windbreaker and features Guardian Alien, Dolores Dewberry, and Trevor de Brauw. In addition to his groups Pelican and Chord, Trevor crafts ambient, guitar-centric drones under his given name. He's shared a new one today, called "They Keep Bowing," which was recorded in North Carolina "sometime around 2006." If you purchased a festival pass to Neon Marshmallow, this is one of the complimentary MP3s you received. For those who haven't purchased a pass, you can take a listen to "They Keep Bowing" at the bottom of this post. As another one of de Brauw's songs urges, "Don't Be An Asshole," and get to The Burlington tonight.

Stream "They Keep Bowing" below...