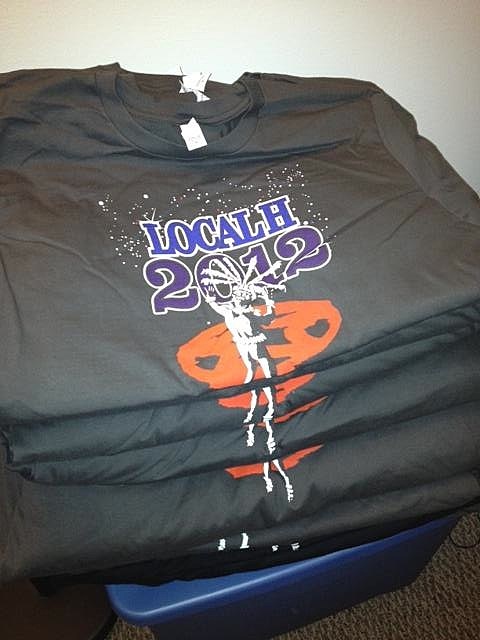 Chicago's Local H were working out of Engine Music Studios this month (they just finished tracking) recording their first LP since 2008's 12 Angry Months, tentatively titled Hallelujah! I'm A Bum, with well-known metal producer Sanford Parker. The duo, consisting of guitarist Scott Lucas and drummer Brian St. Clair, have regarded the recording experience as a positive one."Sanford's awesome," Lucas says. "He's been at the forefront of the most interesting things happening out of Chicago for a while, and it's truly an invigorating experience to work with him." He goes on to add, "And, if he would quit feeding me all this whiskey, I'd be alright." The new album is scheduled to hit stores this summer.

Two tracks that will definitely be on the LP are audience favorites "Paddy Considine" and "Another February." Check out a live video of the former and a behind the scenes studio clip of the later, below. You can also find more studio clips at their Facebook.