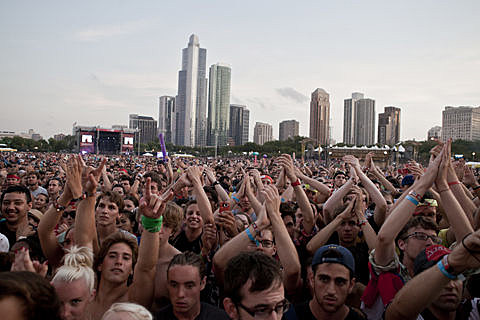 As we warned you they would, a very limited amount of Lollapalooza 2013 Souvenir Passes (three days for $75) went on sale late this afternoon and were gone within the blink of an eye. Anybody able to purchase them? Early Bird tickets ($200) will go on sale on Tuesday, March 26 at 10AM CST. Once those sell out, regular passes ($235) will be immediately available.

You already know that Phoenix, Vampire Weekend, The Killers, and Mumford & Sons are confirmed for the festival, and that The National and The Postal Service are likely to be on the bill, but who else would you like to see on there? Let us know.