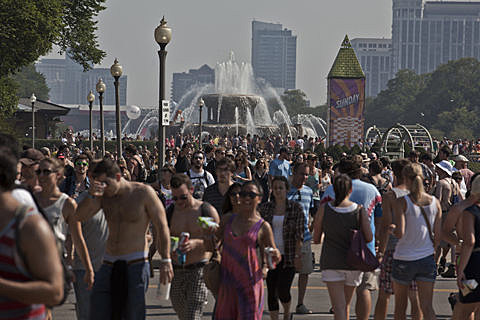 As discussed, Lollapalooza 2013 is set to take place from August 2-4 in Chicago's Grant Park. The festival have now revealed their full schedule with set times, and there aren't as many direct conflicts as you might think. Though you might have to leave some sets after just a few songs if you want to see everything, the one major head-to-head happens on Friday, August 2, and is New Order at one end of the fest and Queens of the Stone Age all the way at the other, both at 6:15PM. Check out the full 2013 schedule HERE.