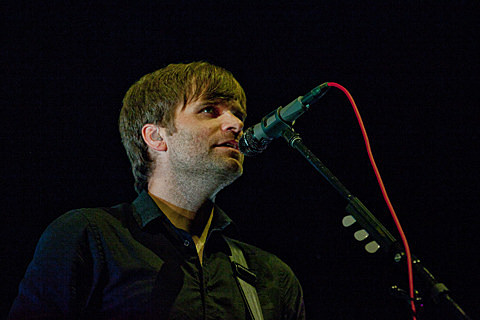 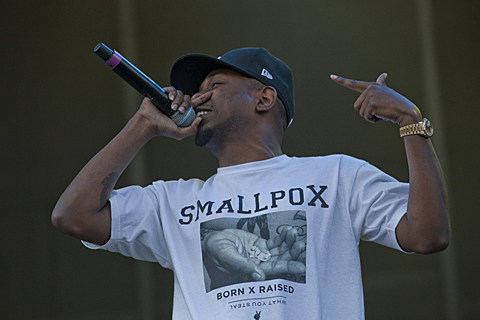 Day two of Lollapalooza 2013 was cooler (and drier) compared to Friday. A constant breeze kept festival-goers comfortable as they hit up the different stages, and most of the mud that had been kicked around yesterday had dried.

Pujol who played at The Grove Stage at 1PM, were the first band of the day that I caught. They played a few new tunes during their set, and mentioned that they've got a new album coming out in the fall. "Psychic Pain" from last year's solid The United States Of Being was a major set highlight.

Charles Bradley then later joined his backing band on stage, sporting a blue suit, and performed what had to be the most soulful show at Lollapalooza this year. Supported by two excellent brass musicians, Bradley managed to swoon the crowd early on in the set with a passionate love song. Bradley and his band transitioned between styles with ease, going soul one minute, and funk in the next. Clearly a religious man, Bradley asked the crowd how many people wanted to go to church. A sea of hands shot into the air. Looks like that aren't any atheists in the Church of Charles.

I managed to get to the Petrillo Stage early for Foals, but it seemed that easily a thousand other folks had the same idea. The UK outfit ripped out a lot of songs from this year's Holy Fire and had the entire crowd singing along. Much like their recorded output, their live performances sound HUGE.

Leaving Foals a little bit early, I ran south to the Red Bull Sound Select Stage to catch what was left of The National's set. Reaching the southern stairs past the fountain, I saw what could only be described as a huge army of National fans, who had invaded the field and claimed it as their own. I only managed to catch their last few songs but what I heard was excellent. Catchy, jangly guitars accompanied by trumpets and a dizzying static-like backdrop created a wall of sound that left everyone wanting more.

I then headed to catch Kendrick Lamar back at the north side of the park. Lamar was full of energy and had the entire crowd wrapped around his finger. Whenever he made a command, the crowd immediately followed through. Getting a kick out of this level of obedience, Lamar proceeded to play his own version of "simon says" with the crowd. While the bass shook everything nearby, Lamar rapid fired different orders (left hand, right hand, etc.) while the sign language translators on stage struggled to keep up. Fans, however, were quick and managed to keep up with the rapper. All in attendance seemed to enjoy his slight power trip.

The last show of the day on the Bud Light Stage was The Postal Service, who played a tight controlled and beat driven set of pop songs. Those who still had energy left were up and dancing while others in the back sat and relaxed. While lacking the intensity of the Nine Inch Nails set from yesterday, the band still appealed to longtime fans and those looking to just mellow out.

Day 3 of Lollapalooza 2013 is currently underway. Stay tuned for our Sunday recap...