evacuation from above (photo by knnyfrsh) 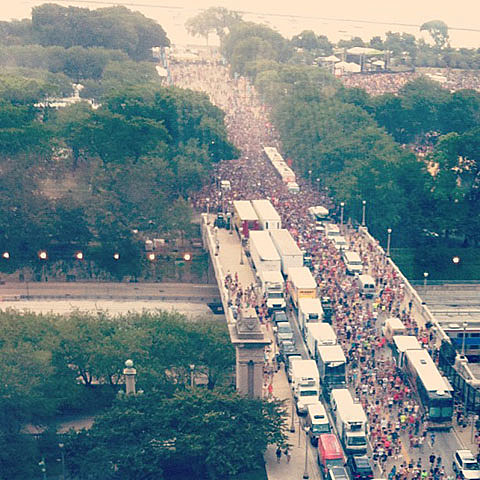 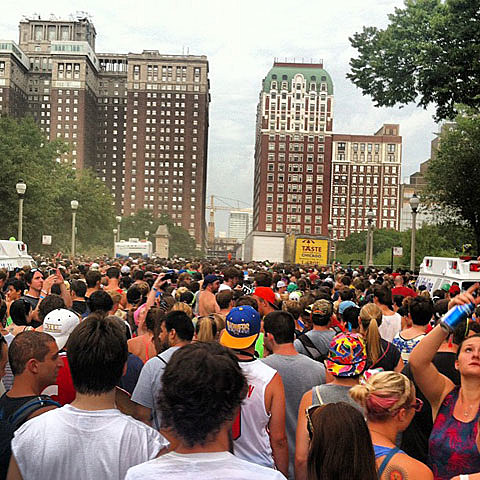 Thousands are flooding out the gates of Grant Park as we speak. C3 Says:

Due to an approaching storm and warnings from the National Weather Service (NWS), Lollapalooza organizers have suspended the festival until further notice. Festival-goers are being evacuated from Grant Park and are being directed by staff and the Chicago Police Department to pre-established underground evacuation and shelter sites along Michigan Avenue.

The three emergency evacuation shelters are the Grant Park North, Grant Park South and East Monroe Street Garages. All can be entered through vehicle entrances on Michigan Avenue.

Lollapalooza officials are continuing to coordinate with the Chicago Office of Emergency Management and Communications (OEMC) to monitor weather conditions and determine when the park is safe for festival-goers to return.

"Our first priority is always the safety of our fans, staff and artists," said Shelby Meade, communications director for C3 Presents, the promoter behind Lollapalooza. "We regret having to suspend any show, but safety always comes first."

Meanwhile, C3 are "working w/ our team & city officials to survey the park after the storm to determine if it is safe for festival goers to return today." Stay tuned.

Check out our photos from day one.