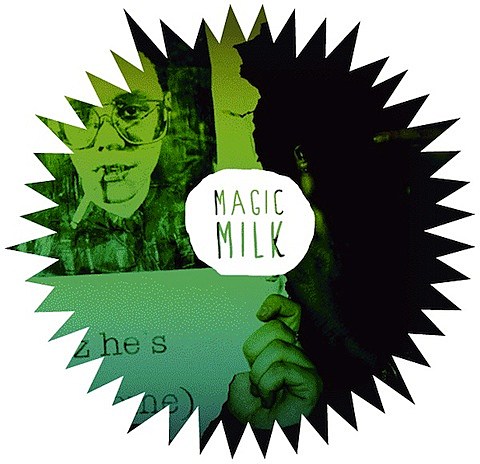 Chicago-based garage rockers Magic Milk are set to headline Subterranean on Tuesday night (7/24) with support from Dead Mellotron, and fellow Chicagoans The Bingers, Slushy, and Uh Bones. Advance tickets are on sale.

Magic Milk released their most recent album, Mellows, back in late-April. Though the EP is largely, well, mellow, a Magic Milk live show quickly becomes a raucous party. Take a listen to the album at the bottom of this post and check out some live footage from one of their shows this past spring. You can also catch Magic Milk at the Bottle on August 21 with Dikes of Holland, Uh Bones, and The Man (admission is free with RSVP).

Joining them tomorrow night at Subterranean are Baltimore trio Dead Mellotron. The group released their most recent LP, Glitter, in May. As Andrew said, the group fit nicely into the current Baltimore scene with Beach House and Lower Dens (who both hit Chicago earlier this month to play the 2012 Pitchfork Music Festival). Stream a few of their tracks below.

All Magic Milk / Dead Mellotron dates and song streams from both are below...