As part of Red Bull's ongoing Sound Select series, Fake Shore Drive have put together the bill of Mannie Fresh, Lucki Eck$, ZMoney, and Giftz for a show at Reggie's on September 19. Tickets for the Chicago show are on sale now; use the promo code breakmusic.

Fresh served as one half of the rap duo Big Tymers with Birdman (formerly known as Baby). Birdman heads up Cash Money Records, who Fresh was in-house producer for from 1993 to 2005. Fresh has also released a couple of solo records and has been working on a collaborative album with Yasiin Bey (aka Mos Def) called OMFGOD. The first taste of that album is a single entitled "Black Jesus," which you can check out at the bottom of this post.

Mannie Fresh's OMFGOD single and a poster for the RBSS show are below... 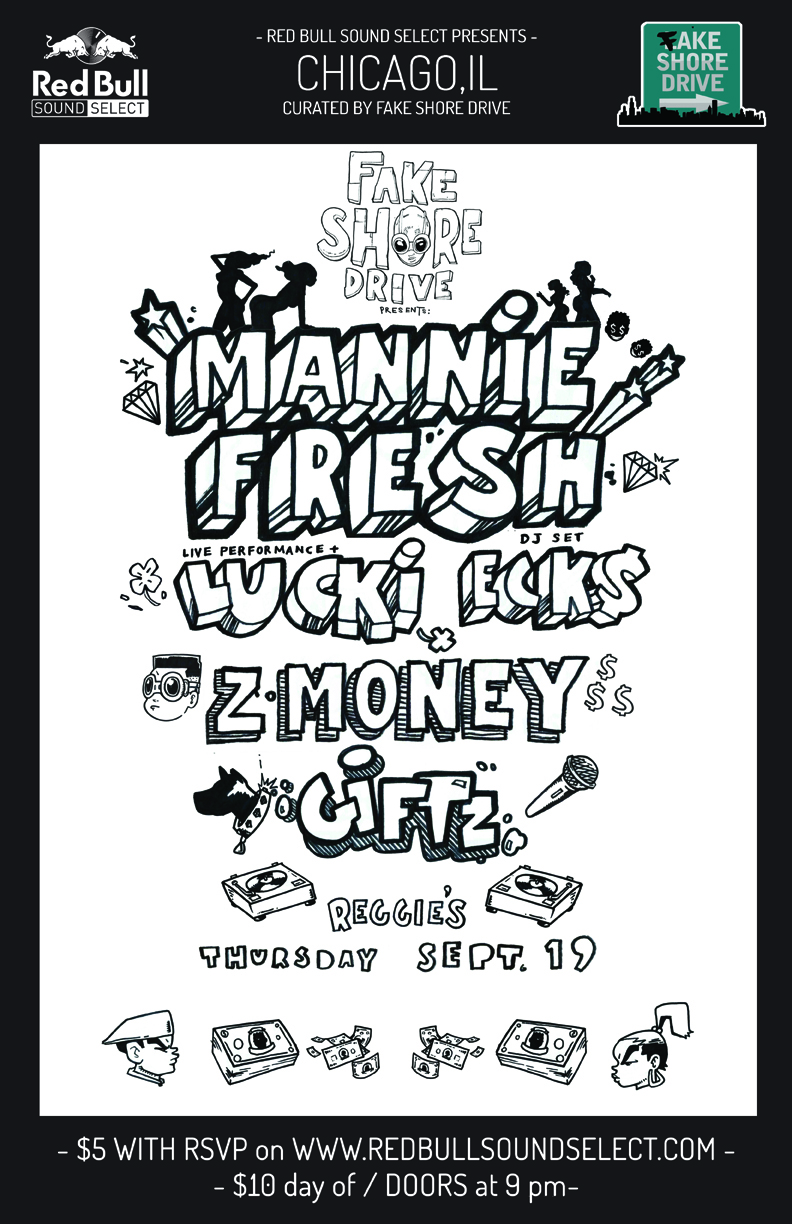