Many Places @ The Whistler in October (photo by Megan Frestedt) 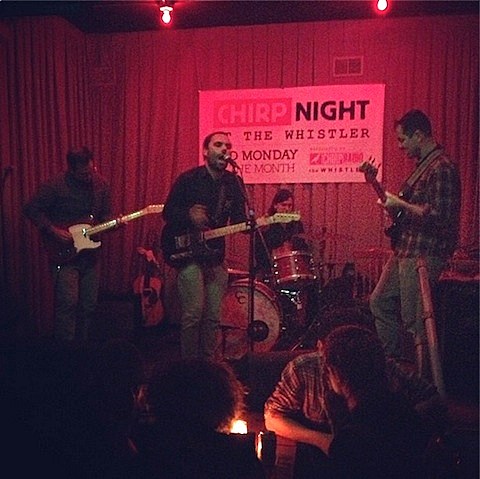 Since quietly releasing their great debut LP, Another Oath, back in May via Tandem Shop, Chicago's Many Places have been gigging around town. You can catch them at Subterranean on December 4 as part of a Tandem Shop showcase with support from Project Film. Advance tickets are on sale now. They also play Township this Friday (11/9) with Scott Lucas & the Married Men and Black Jake & the Carnies. Advance tickets for that show are still available. Singer-songwriter Kevin Rieg wrote and recorded Another Oath by his lonesome, but these days, he's joined live by a three-piece backing band.

Check out a couple of live videos and Many Places' 2012 tour schedule below...

Many Places - "Wonder You"