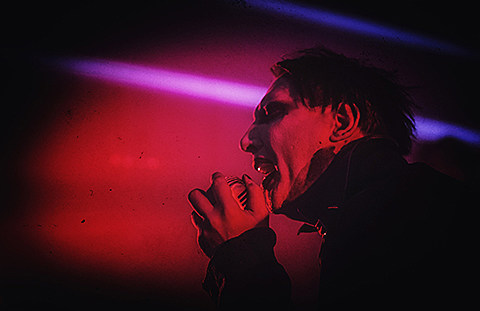 Taking the stage amidst rolling clouds of fog, Manson and his band of cohorts - including the renowned film composer, Tyler Bates, Manson veteran Twiggy Ramirez, and former Dillinger Escape Plan/current Stolen Babies drummer Gil Sharone - ripped right into The Pale Emperor's lead single, "Deep Six." The show would chug along at full steam from this point on, unleashing a relentless torrent of Manson classics including "Rock Is Dead," "Disposable Teens," and his legendary cover of "Sweet Dreams (Are Made Of This." Fans were just as excited, though, to hear new fan favorites from The Pale Emperor like the shitkicking stomp of "Killing Strangers" and the funked out blues dirge, "Third Day of a Seven Day Binge" - but he saved the best for last with the death knell of Pale Emperor material, "Mephistopheles of Los Angeles." [UR Chicago]

Marilyn Manson released a comeback (?) album earlier last month. His subsequent tour with Hide had him stop by the Riv on Thursday. Pictures and the setlist from that show are here. More below.. 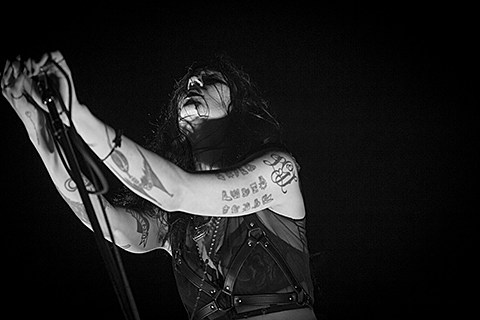 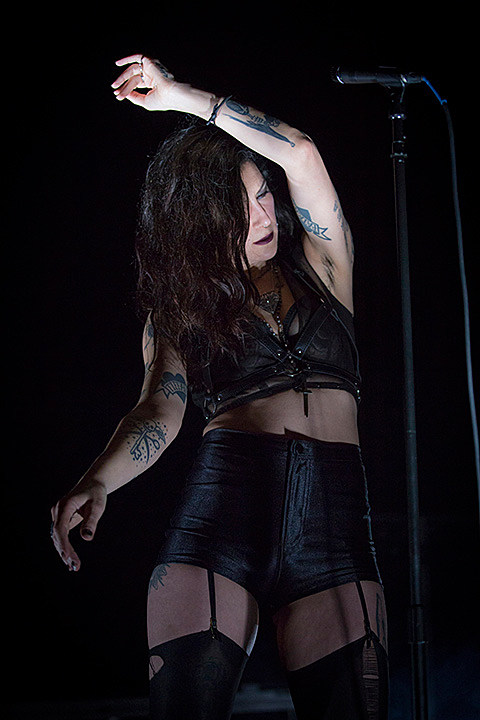 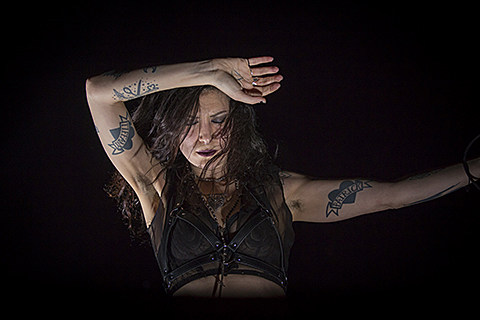 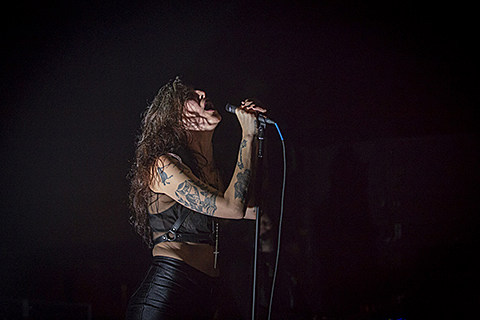 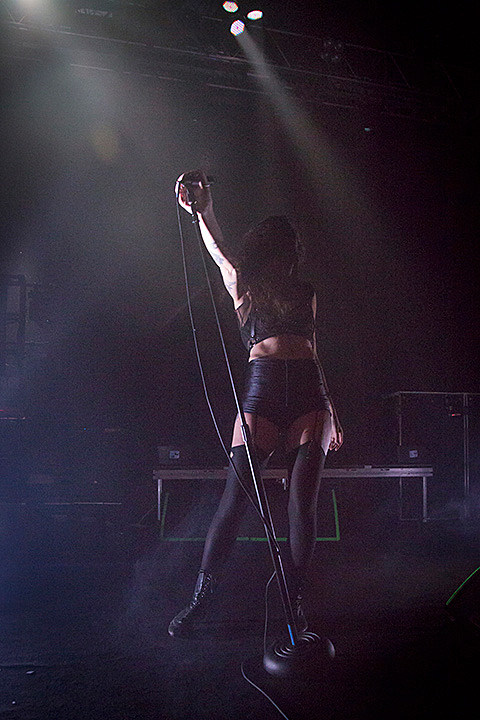 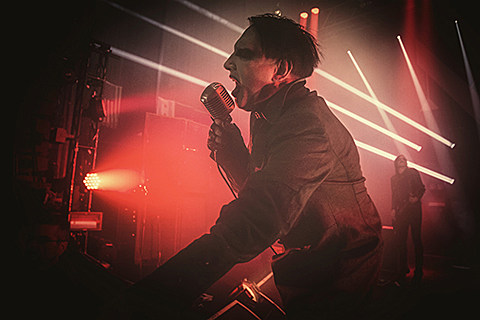 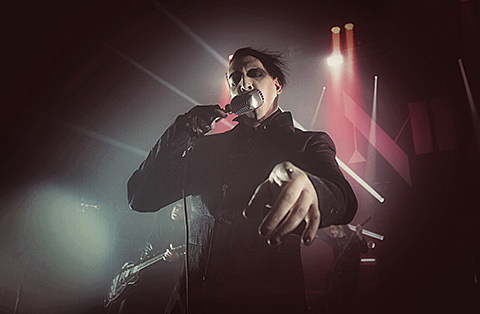 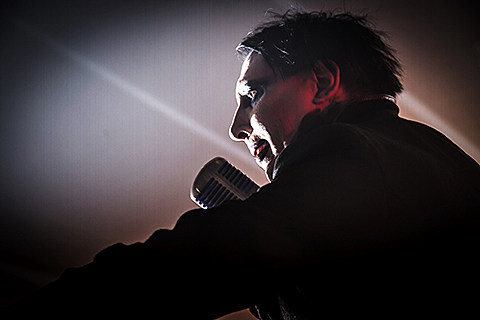 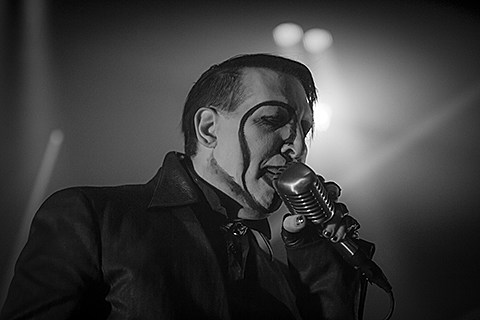 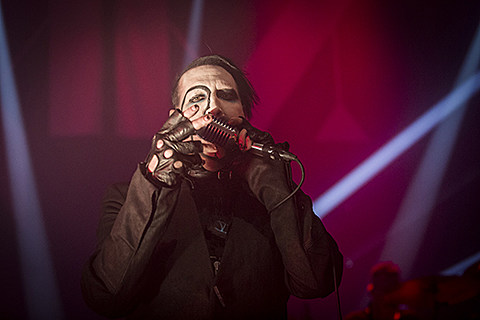 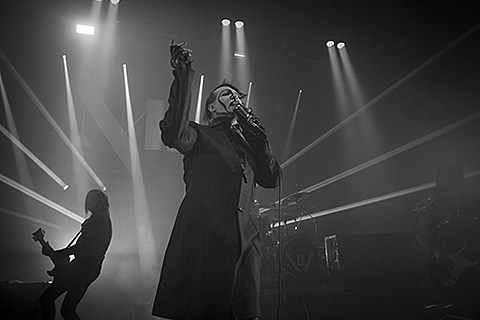 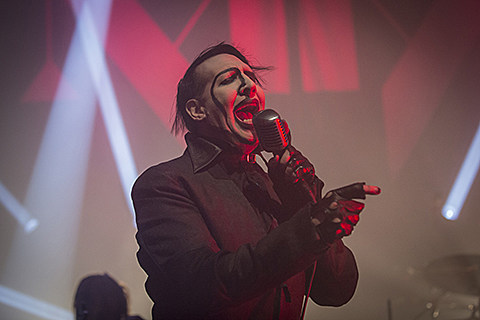 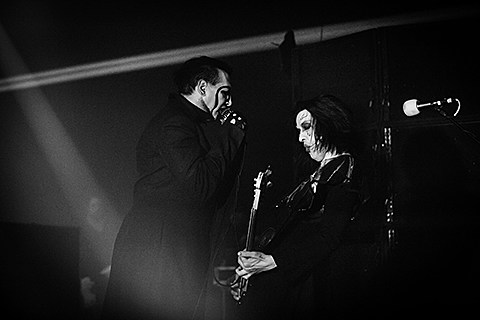 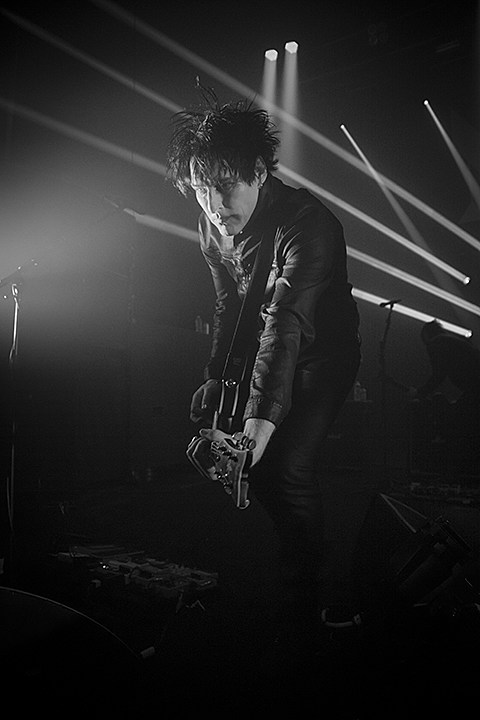 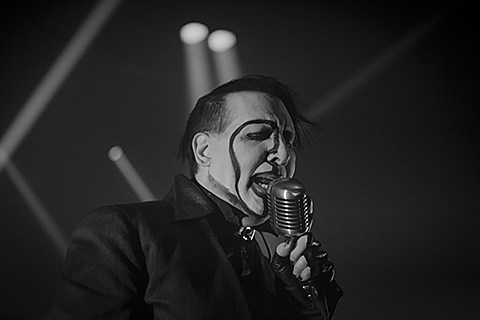 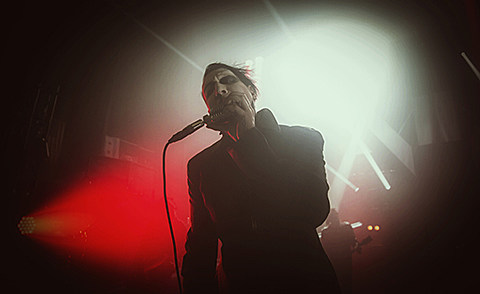 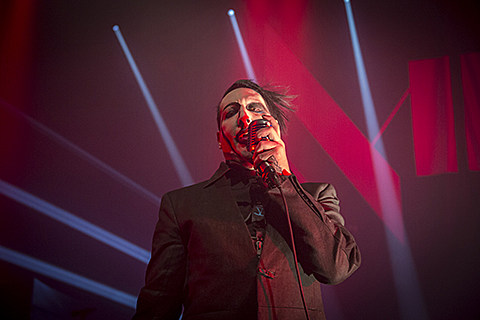 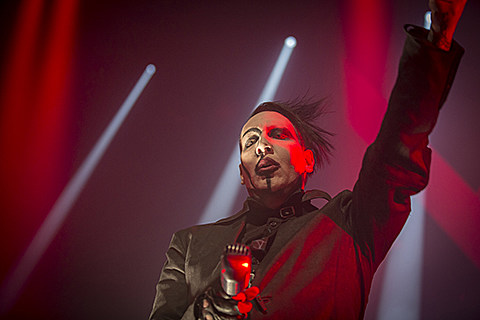 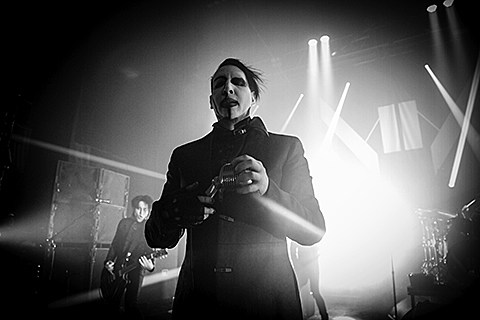