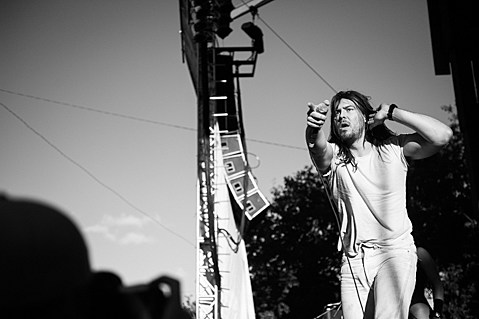 Party maestro Andrew W.K., who just recently announced that he'll be releasing a book called The Party Bible, will be heading out on tour with Marky Ramone's Blitzkrieg later this week. That tour was originally slated to tag Chicago for a performance at Metro on October 8, but has now been moved to Double Door. All tickets purchased for Metro will be honored, more are on sale now, and we've also got a few pairs of tickets to give away! In addition to tickets, winners will also be able to meet Andrew, Marky, and the band.

An updated list of Blitzkrieg dates and contest details can be found below...