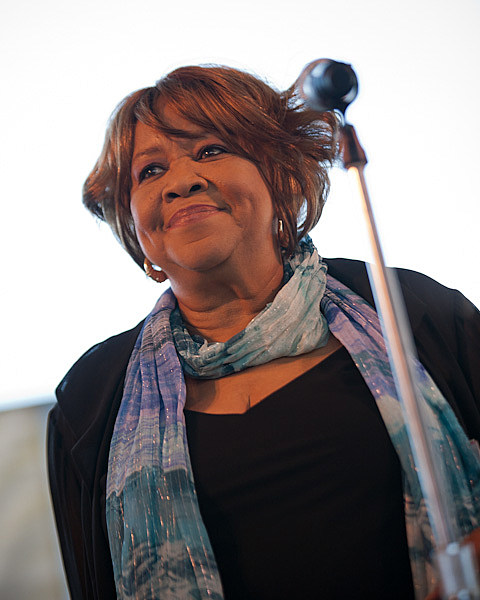 The the Chicago Blues Festival, taking place in Grant Park from June 8-10, has announced that The Windy City's own Mavis Staples will be headlining the 2012 edition of the summer festival. All other fest details TBA.

We last caught Mavis at the Civic Opera House in December, when she joined Wilco for two numbers of their three song encore. Check out a video of the band, Nick Lowe, and Mavis rehearsing "The Weight" (which closed out the show) backstage, below..