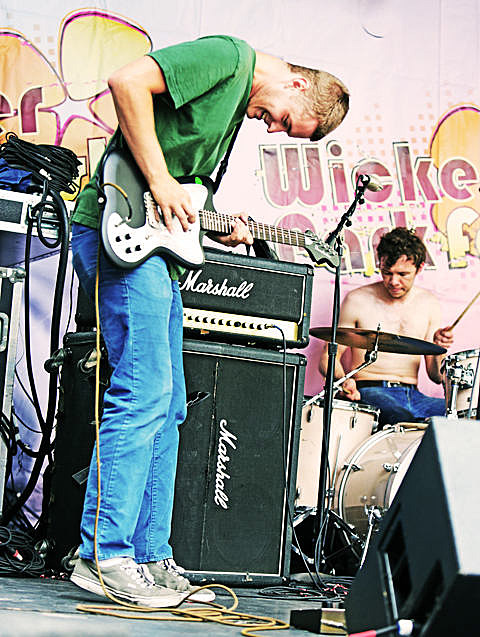 If you haven't become familiar with the scorching tunes of Chicago post-punks Meat Wave yet, I'd suggest you get well acquainted. The trio put out their excellent self-titled debut last October via Let's Pretend Records and have been touring hard in support of it. They just recently played an Epitonic Saki Session with Geronimo!, and audio from that session should be up soon. The Chicago Reader filmed a bit of footage of their performance for their Soundcheck series, which you can check out at the bottom of this post.

Meat Wave have been added to next week's previously discussed Screaming Females, Waxahatchee, and Tenement show at Lincoln Hall on September 25 (tickets). They'll then play The Observatory on October 4 with Kal Marks, Geronimo!, The New Diet, and My Dad. They've also got one more hometown show on the horizon: a performance at the Empty Bottle on November 2 with Mannequin Men (tickets).

Video footage from their Epitonic Saki Session and a stream of their self-titled effort lie after the jump...