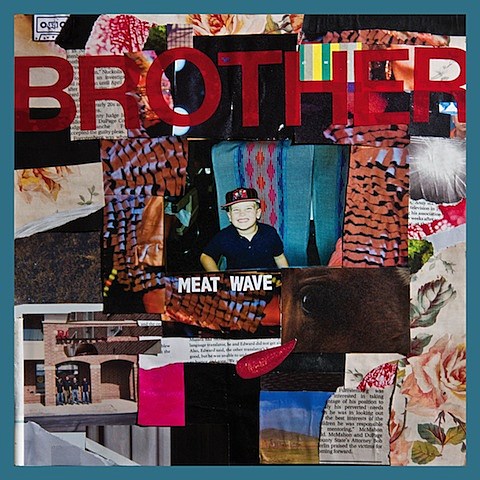 Chicago rippers Meat Wave have announced that they'll be releasing the follow-up to their scorching 2012 self-titled LP, titled the Brother EP, on January 19 via newly-minted label Brace Yourself Records. Its title track also appeared on the full length, and you can take a listen to that tune and two new ones called "Sham King" and "It's Not Alright" at the bottom of this post (via Noisey). The EP features four other songs, including a cover of The Wipers' "Mystery." That's its cover art above, and tracklisting for the EP can also be found below.

Meat Wave have a handful of upcoming shows on their docket for 2014 and early 2015. They'll kick things off with a FREE SHOW at The Mutiny on Thursday, November 13 with support from local greats Fake Limbs, as well as Hot Garbage and Coward. 8PM start.

All Meat Wave dates, those new streams, and EP info. for Brother lie after the jump...